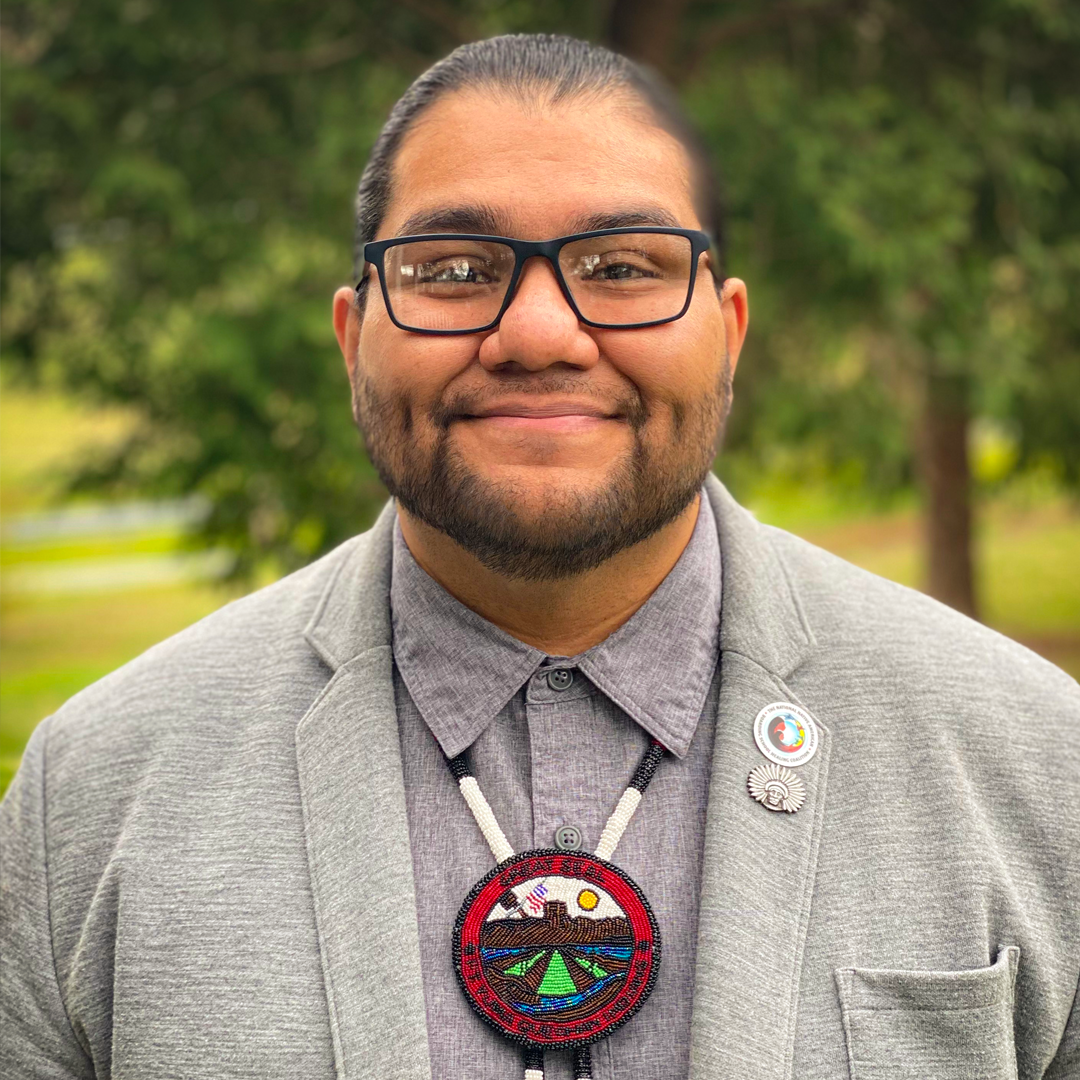 Kenrick Escalanti, A’máy Tádits (Hail), is a citizen of the Fort Yuma Quechan Indian Tribe, located in the Desert Southwest Triangle of Arizona, California, and the Mexico Borders. Kenrick is a proud son, brother, husband, father, Tribal singer, educator, and a professional digital artist for over 20 years working in communications. Kenrick previously served as the Creative Director for the National Congress of American Indians (NCAI), one of the oldest, largest and most representative American Indian and Alaska Native Organizations serving the broad interests of Tribal governments and communities. During his tenure at NCAI he earned The National Center for American Indian Enterprise Development (NCAIED) 40 under 40 award. The 40 Under 40 is a prestigious award which recognizes 40 emerging American Indians from across Indian Country who have demonstrated leadership, initiative, and dedication and made significant contributions in business and/or in their community. Prior to NABS and NCAI, Kenrick worked as an Educator in the state of Arizona where he earned Teacher of the Year for his work in Somerton, Arizona’s School District. He also served as Senior Designer for the Department of Defense U.S. Army Yuma Proving Ground (YPG) where he earned Citations of Appreciation of service from multiple YPG Command Groups where he produced high-level design concepts for presentation to High Ranking officials of the Federal Government. Finally, he started his career as a Creative Director of an National print publications where he earned the Gold Ink Pewter Award and The Gaming Voice Award for “Best Publication Design” from the American Gaming Association in 2004.

But ultimately, when Kenrick isn't doing his part in providing that "good trouble", he is a happy father and husband, who enjoys every single moment with them.